The Top 2 Luxury Cars of the Future

With so many companies working on new car concepts from alternative fuel sources to self-driving cars to touch screen operations to brand new designs, it is an exciting time in the automotive industry. BMW, Mercedes, and Audi are among the top brands bringing some of the greatest innovations to cars in the coming years. These titans are competing against each other to bring the drivers the best innovation that the car world has seen in decades. Of course, at the forefront of this quest is the race to see who will create the most reliable self-driving car. These plans begin now and expand for a hundred years into the future. You read that right: car companies are actually planning their car models one-hundred years into the future.

To start, Mercedes is introducing an all new vehicle line for 2017: the AMG-GLC43.

BMW vs Mercedes – Marquee Changes For 2016

Mercedes and BMW are two highly coveted car manufacturers that directly compete in most segments of the auto market. Both companies are prominent in the luxury segment, while both also provide sporting coupes and crossover SUVs. In any particular model year, they are definitely two companies to watch, and 2016 will be no different. Two model ranges that will be incredibly competitive are the BMW 5 Series and the Mercedes E Class.

Both will offer executive saloons, and both come with prestigious badges and advanced features, but how will the market be able to choose between the two? In some cases it will come down to brand loyalty, but for some buyers, the choice won’t be so clear, as both manufacturers are offering some compelling, yet similar features.

In an effort to bring down weight and increase performance, both cars will be lighter this year. Manufacturer claims show that weight [...] 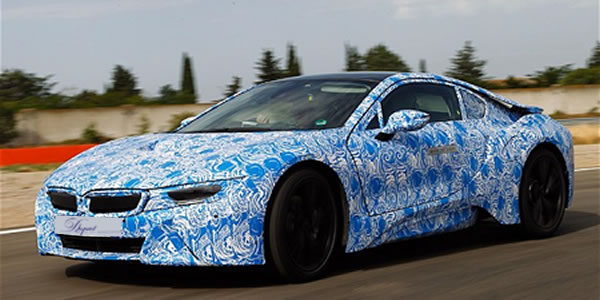 “It was never going to have a diesel,” says Carsten Breitfeld, the i [...]